Growing up, we, the 90s kids did not have social media around. Rather, we had something more special than that, our favourite -TV. We all grew up watching cartoons which bring on pure nostalgia even today. We would eagerly wait for those fixed hours at which our shows would go on air. Those times were lovely!

Some of the first animated drama started appearing on television in the 1960s. Those were the Era of “The Flintstones” and later “The Jetsons,” both family comedies set in animated worlds.

By the ’90s, the launch of new channels and networks helped push along the animated heyday. Fox Kids launched in 1990. Cartoon Network started in 1992, while Nickelodeon begins their journey by producing its own content in the ’90s. MTV got into the act, and Disney Animation Studios starts the journey by creating new shows again. Japanese anime boomed by entering the U.S. market at the same time. The competition between the networks and broadcasters led to visually stunning, groundbreaking, and often censor-shaking cartoons that was often ahead of its time.

If you love your cartoons even today, then this is for you, bringing you some of the best ones:

With the Arab desert, this cartoon series stands out and was the favourite and number one in its time. From the attractive Genie to the beautiful Jasmine and from the magic of the flying carpet to the cunning Yago, the characters are still embedded in our hearts. That awesome song Arabian Nights is still the most loved songs of our childhood days. Watch out for Aladdin again!!

Nothing better than this, I guess it’s impossible. It was the All-time Favourite. From Mickey wearing the red shorts to the clubhouse owner Mickey and from Goofy who taught us various ways of golfing and catching fish to the annoying Donald Duck, We all missed them today.

Rudyard Kipling would have not thought that his character Mowgli would one day become the most loved boy of not only the jungle but also every house in every nook and corner. Bagheera and Mowgli’s chemistry has always been a lesson of friendship.

NO! They are not cartoons, they are us and we are them! A timeless show that hardly needs a description. Friends and pals or be it the cat and mouse chase, this show has surpassed its mere name and is something bigger than just a show. Tom and Jerry are as entangled with us as they are within themselves.

Cartoons? NO. Emotions? Hell yeah! Some experiments don’t need to go wrong to give us the right ingredients of power-packed action series. Am I right or am I right?

An American horror comedy based on couple Muriel and Eustace Bagge who lived in a secluded village and owned a dog named courage. The show was loved for its weird and bizarre theme and sometimes Horrible storytelling techniques.

The only mysterious series that outrun many shows of its time. The Yabaa dabaa Doo time to solve some criminal cases. Scooby doo, where are you? We really miss them. Believe it or not, the suspense in these cartoons can win over CIDs any day!

What else could have done the awesome work of teaching kids the importance of eating spinach than basing a full cartoon series around it? We all enjoyed how Popeye gets his Olive from the brutal Brutus’ clutches just by pumping in some spinach into his blood. Popeye the sailor man..we miss you a lot.

These are just very few cartoons in, the list can be endless. Not only they are better than several cartoon shows presently running in terms of animations but also better in terms of story. Cheers to you if you are a 90s kid and have watched, laughed and grown up with these cartoons in your childhood.

Again grab & hold a remote and look out some cartoons and get relax and enjoy your childhood once again. In fact, if you are into cartoons and animations, Ghibli Studio Movies are a must-watch. Bring a smile on face and laugh till you drop coz laughter makes us stress-free & its anti-ageing. :)) 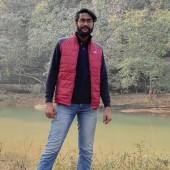