Haemophilia is also known as Hemophilia. It is a rare disorder that makes your blood doesn’t clot because of bleeding. It lacks blood clotting proteins. Haemophilia is a genetic disorder.

What is Haemophilia disorder?

It is a rare type of bleeding disorder which occurs when the clotting factor is deficient. This protein’s clotting factor helps to stop bleeding. The majority of the cases are from middle-aged people or from women who have given birth to the child. Usually, small cuts aren’t a problem. But when you have a hard deficiency of clotting, the greater the problem increases in your inside body especially in knees, ankles, etc. This internal bleeding will leave you with damage to organs and tissues.

Two factors which affect blood clotting are factor eight and nine. Haemophilia may be mild, moderate, or severe depending on the level of blood clotting.

Signs and symptoms vary from person to person according to their deficiency level. People with mild hemophilia may have increased bleeding after any surgery, accidents, etc but they are not typical like someone with severe hemophilia.

Bleeding in the brain

A small bump on the head can also cause bleeding into the brain for people who have hard hemophilia. These symptoms include

It is a genetic disease. It occurs when there is a change in the genetic factor of eight and nine. These genes are located on the X Chromosome. 30% of the people with hemophilia have no family disorder. These people have unexpected changes in their genes. Acquired hemophilia is a rare variety that occurs when a person’s immune system attacks clotting factors. It is associated with

It is diagnosed by measuring the proteins that need to stop the bleeding. You may have several blood tests including clotting factor levels and a complete blood count. Screening tests are nothing but blood tests.

Common test which measures the hemoglobin level, the size and number of white and red blood cells. A person with hemophilia has unusual blood bleeding for a long time that the red blood cells count to below.

This test is to measure how much time it takes to clot the blood. It measures the ability of factors 8,9,11and 12. If any of these factors are low then it takes longer than normal.

This test is to measure the clotting ability of factors 1,2,5,7 and 10. The result of this test will be normal.

This test is done when a patient has an abnormal PT and APTT test. Fibrinogen is another name for clotting factor 1.

People with hemophilia will have acute pain in joints and muscles when they have bleeding.

This day celebrates as World Haemophilia Day to increase awareness among people about hemophilia. The day came into force in 1989, to honor Frank Schnabel’s birthday. He is a businessman who suffered from hemophilia and started a foundation on the World Federation of hemophilia in the year 1963.

The theme of this year is to Adapting to change: Sustaining care in a new world. It is to bring the global bleeding disorder people together.

We hope that you liked our blog on “Haemophilia – Causes, Symptoms & Treatment”. Stay tuned with Blogger Bunny for more such knowledgeable blogs. Meanwhile, visit – What is The Lupus Disease? 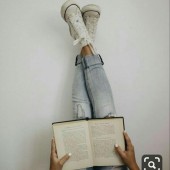 CrossFit versus Bodybuilding – The differences.

Importance of Protein and Protein Supplements