How to Deal with Alzheimer’s Patients?

Alzheimer’s disease, also known as Senile Dementia, causes so many deaths across the globe. It usually affects older people between the age of 75 and 85. Research has estimated that around 14 million people will be victims of this by the year 2050, which is way more than the current number unless they find a cure. Mainly, a loss of memory and confusion starts. The symptoms advance Alzheimer’s disease. Unusual forgetfulness is the first sign.

Before jumping into How to Deal with Alzheimer’s Patients, let us understand Alzheimer’s in a better manner.

Someone might stop at a store in the market to buy something that he has already bought. You or any other person may face trouble trying to remember the word he has forgotten in the middle of a conversation. Initially, recent memories, but later even older memories fade. People with this disease may stop speaking intelligibly, and they struggle to recognize their friends and other people they know. Finally, these people lose control of their muscles and they get bedridden. The patients get anxious and fear a lot. Also, they get depressed as they are aware that they are losing memories.

The Biology behind Alzheimer’s

Alzheimer’s usually occurs when biologically a protein known as beta-amyloid precursor protein stops getting produced. This protein helps the production of neurons. When these proteins stop getting produced large clumps of cells get produced that lead to inflammation of the nerve cells deteriorates.

The physical changes that produce the symptoms of Alzheimer’s are clear, but what causes it is still not very clear. Pieces of evidence suggest that Alzheimer’s is an inherited disorder, but even non-genetic factors such as diet and high blood pressure can increase the chances. A few other studies have found that Alzheimer’s associates with low levels of linguistic ability in the 20s and a reduction in thinking abilities later in life.

Currently, there is still no cure for Alzheimer’s. The treatments only deal with the symptoms of the disorder. Certain drugs provide promising results, but in the long run, they won’t be effective. They say the most helpful drugs lead to the loss of the neurotransmitter acetylcholine that is found in some forms of this disorder.

Aricept and Rivastigmine are two of the most common drugs prescribed as they can reduce a few symptoms. Still, these drugs are only proving helpful to half of the patients of Alzheimer’s, and that too temporarily. It is not yet clear if drug treatments are truly effective.

These patients lose their ability to feed and clothe themselves and even control their bowel and bladder functions. So they must have cared for 24 hours a day. This type of care is difficult for family members, so most of the patients go to nursing homes.

People who care for these patients or victims of Alzheimer’s also mostly become secondary victims of this disease. Because those who take care of these victims may get frustrated and exhausted by the demands of patients.

Now that we have understood the basic nature of this terrifying neurological disorder, we must look at How to Deal with Alzheimer’s Patients?

How to Deal with Alzheimer’s Patients? 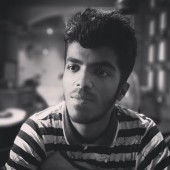 The Benefits of Having A Healthy Mind

A Guide To Teen Depression

PCOS – A Common Problem Amongst Women