Aalada Marada Timakka also known as Saalumarada Thimmaka is a well renowned Indian environmentalist hailing from the state of Karnataka. She earned the respect of a large number of people from India as well as people from around the world after her notable works towards conserving and protecting the environment. After being well known for her deeds, Aalada was also known as Saalumarada which in Kannada means a row of trees. Her major contributions include planting as well as tending to 385 Banyan trees along a four kilometers stretch highway between Hulikal and Kudur to planting 8000 other types of trees, Saalumarada and her dedication towards conservation of the depleting environment is indeed commendable.

How the journey started

Thimmaka and her husband started off in this quest for conservation by grafting saplings of Ficus also known as Banyan trees in the village. Thimmaka utilized her meager resources in planting trees and in the first year, ten saplings were grafted and was planted near the village. During the second year, it increased to fifteen saplings and by the third year, twenty saplings were grafted as a result of her hard work. She was dedicated towards her work and did all that was required with full determination from carrying four pails of water for a distance of around four kilometers in order to water her saplings to protecting the saplings from the grazing cattle by fencing it with shrubs. The saplings were usually planted during the onset of every monsoon season and with time, Thimmaka and her husband planted 384 trees with an asset value of 1.5 million rupees. Thimmaka vowed towards nurturing and protecting her trees and she also requested Chief Minister HD Kumaraswamy and Deputy Chief Minister G Parameshwara to reconsider their projects that could hamper or threaten her plantations.

Saalumarada Thimmaka has also been involved in various non profit social activities like constructing a tank in order to store rainwater in her village as well as various afforestation programmes in India.

What makes me even happier to speak and write about an eminent personality like her is the fact that I witnessed her in person while  attending the WACC inaugration ceremony of our college that is the Wildlife Awareness and Conservation Club. I vividly remember the day when she arrived with great poise, joining both her hands showing a gesture of gratitude and respect towards everyone present in the room. Her entrance in the auditorium did bring a tremendous impact which was felt by every person in the room, including me. The event took place on 29th June which was of great significance because it was also her 106h birthday. I rememeber how the WACC committee members also brought a cake for her to celebrate an auspicious occasion of the guest speaker turning a year older. The chief guest of the day Mrs. Saalumarada also planted a baby sapling of Ashoka Tree one of the endangered plant in the college campus as well. She carried her grace and her beautiful smile throughout possessing humility and kindness throughout the day and when people approached her and touched her feet as a mark of respect, she joined her hands and graced them with blessings wishing them the best of health and happiness.  It was a real moment of pride to meet and to witness a distinguished personality who achieved milestones during the years of her life showing the qualities of humility and humanity. 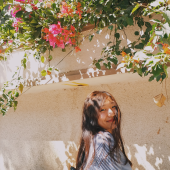 The Farmers of India – The Backbone of India

Life in A Cage – Can you imagine it?