The Elon Musk Story – Life, Success and Lessons to Learn

Today, Elon Musk is the richest man on the planet. He is someone whom the youth is crazy about. We can always refer to multiple websites about his education, qualification, family, etc. However, it is not just the Elon Musk story that’s interesting. It is also the instances that help us think, observe and learn from his life story that gives us inspiration. So, let’s just right into the Elon Musk story and ponder upon the success and lessons to learn from the Elon Musk story.

The life of Elon Musk

Elon Musk, one of the world’s greatest entrepreneurs, had a difficult childhood. At one time in an interview, Musk is quoted acknowledging that he had a “terrible upbringing” with a lot of adversities. Something that he would not wish his own children to go through. He was born in Pretoria, South Africa in 1971 to his Canadian mother and South African father. His father was an engineer. His mother was a model and nutritionist. Musk was the oldest of his two siblings. A sister and a brother. His parents divorced while he was at a tender age. He was left under the care of his father.

Musk started school one year earlier than stipulated at Waterkloof House Preparatory School. He later attended Pretoria Boys High School. He loved reading despite his adamant love for comics. Musk was bullied while in school, something that led him to burry himself more into books. This denied and cost him his social life. As a way of escaping his life’s hardship, both in school and at home, Musk also found solace in technology.

He was exposed to computers at the age of 10 years. At the age of 12, he was knowledgeable with computer programming. He developed a video game called Blaster which was characterized by space invaders. He sold it’s basic code to Spectra video, a computer magazine for $500 million. Together with his brother, they had a plan to open a video game arcade. All they needed was a permit from the city authority which had to be applied for by an adult. His parents disapproved of it hence halted their plan.

In his bid to escape apartheid with its compulsory military service, Musk migrated to Canada, at the age of 17 where he joined his mother. He was able to obtain Canadian citizenship. Later, he got admitted for two years at the Queen’s University of Kingston in Ontario, Canada. He then transferred to the University of Pennsylvania (Wharton School) where he graduated with two majors, Physics and Economics. Musk later enrolled at Stanford University in California to study Physics but left after only two days for his love for the internet.

Musk co-founded the electronic financial services, X.com in 2000 which specializes in online money transfer. He sold it to eBay, an online marketplace for $1.5 billion in 2002 who changed its name to PayPal.  He also co-founded Tesla, an electric car company. Also, he founded Zip2 company in 1995, that provided maps and directories to online newspapers. He later sold it after four years in operation to  Compaq, a computer manufacturer for $307 million. Through his desire to give humanity fast transportation to multiple planets,  he also founded Space Exploration Technologies (SpaceX) a spacecraft manufacturer. Musk has been operational in building different rockets with various capacities such as Falcon, Dragon and  Grasshopper rockets.

Lessons to Learn from the Elon Musk story

There’s a whole lot to learn from Musk:

Develop an Ability to Prioritize:

You can have so much to work on at any given time. Learn to prioritize. First things first depending on their order of importance. From his college to professional life, Musk has managed to master this art of prioritizing things.

Elon Musk is greatly known for long but effective hours that he puts into his work. He regularly works up to  100 hours per week unlike the usual 40 hours weeks that most employees work.

Musk believes in regularly delegating authority to effective and talented team members. He gives them room to showcase their craftsmanship without necessarily managing and supervising them wholly.

Do not Dwell on your Weaknesses, Build on your Strengths:

Besides being focused, Musk focused more on his strengths and not the weaknesses. Despite having been married three times, he never lost himself in his failed social predicament but he built his career into becoming the world’s wealthiest person and greatly renowned entrepreneur of his time.

Dream Big and Learn from Past Failures:

It may appear as if everything Musk his hands-on blossoms and grows big and successful. But the fact is that he too has had his fair share of life hurdles and failures. For an instant, some of his early rockets failed. But this did not put him off. It neither shattered his dream of building more successful space crafts. He learnt from his failures, refined his technicalities and improved with technology time and again as he embraces the lessons he derived from his failures.

In technology, Musk seems to be all over working well with all kinds of futuristic technologies. Looking into how he has managed to work well with electric cars, solar energy, space crafts, and all the wealth he has accumulated along with the ways, there is no doubt Musk is a wealthy personality in terms of knowledge too.

So, that was the Elon Musk story for our readers. Focusing not on his wealth. not on his personal life but things to get inspired by. We, at Blogger Bunny, hope that this would make you feel motivated and positive. Also, read The Arunima Sinha Story! 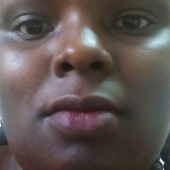