Scam 1992, a brilliant web series directed by Hansal Mehta, garnered a lot of attention and applaud. The web series Scam 1992 was based upon the life story of Harshad Mehta. Not many people were aware of his life story or his name. In fact, the terms like Money Market, Big Bull, Bear, Dalal Street, Internal Trading, etc. also became quite common for a majority of people. So, who was Harshad Mehta? Why is the world suddenly so interested in his life? Was he a famous and generous person? Was Harshad Mehta a big bull in reality?

Who was Harshad Mehta?

Born on 29th July 1954 in a Gujrat Jain family, Mehta’s father was a textile businessman. Mehta spent his childhood in Mumbai. Later he went to Madhya Pradesh due to family reasons. And, after some years of schooling, he went to Mumbai again. Then he completed his B.Com and after college, he started working in multiple job fields for approx. 8 years.

The Journey to Stock Markets

Harshad Mehta was not always the big bull he is known as. After a few years of meagre jobs, Harshad Mehta got interested in the stock market and investment in big businesses. Later on, he left his job and joined B Ambalal brokers. He also became a stockbroker for some famous businessmen and companies.

It was the year 1984 when he started his own broker company named Grow More Research and Asset Management. He used a technique called Ready Forward Deal in his broker system. It is something related to the loan system which we use in an emergency.  But there were many flaws in the system. Harshad understood these flaws and used these flaws in his ‘scam’ business. This is how Harshad Mehtabecame the Big Bull, by exploiting the faults of the system.

The scam of 1992 – India’s biggest stock market scam – crashed the whole stock market at that time. Harshad used the flaws between the transaction system of banks and the government. He created many fraud bank receipts and fake stamps. He used these stamps and receipts to manipulate the deal between two banks and also, he uses this for fixing the Bombay Stock Exchange.

What did Harshad Mehta do?

Thus, he created a chain of multiple banks where he used to do this transaction and borrow some time for paying them. However, this idea and the lust for money, got him investing more and more government money into the stock market. He needed more and more money to fulfil this need. Here, he introduced the fake receipt and bank stamps. He used that money for himself in the stock market. He used these fake receipts to show to the bank in place of the original one.

At that time banks only understood that they got their money. Bank didn’t doubt him because he gained the trust of the bank by working with them for many years. This is how Harshad Mehta became the BIG BULL of the Indian stock system. He easily manipulated the share market and played with the trust of the people.

Who doesn’t want their money to increase day by day?

Thus, Harshad used to get his fake receipts back and banks got their money back. This whole cycle was in full swing and everyone was getting their money. But this cycle didn’t last for much time. This cycle used to work only in those cases where the shares were increasing. And we all know shares can’t be always be in increasing order. Sooner or later, the share would go down in meantime. This exactly happened in Harshad’s era. All his money got vanished and he faced many problems when the shares started to decrease. He was in a lot of problems. He was not able to return that money to banks and didn’t get his fake receipt back. Sooner some banks started to notice that they have got some fake bank receipt.

In April 1992, when Sucheta Dalal published an article in TOI and all of Harshad Mehta’s plan got exposed.

In this fraud, the whole Indian banking system faced a loss of around 3000-4000 crore. Suddenly the stock market received one of the lowest values of all time. Among all the investors the chairman of Vijya Bank also faced a big loss. Due to this loss, he even committed suicide.

Later Harshad Mehta got arrested on the 9th of Nov 1992 and he was charged with 600 charges of fraud. He also got a lifetime ban from investing in the stock market.

The whole set of activities that Harshad did was in the 80s and 90s. The story of Big bull Harshad Mehta, even though a fraudster’s story, incites excitement and curiosity in the viewers.

But suddenly in 2020, the internet get so much interest in his life. It is because the OTT platform Sony LIV released the web series about Harshad Mehta’s life. Till now it is the highest-rated web series on IMDB with a 9.6 rating. Have you watched Scam 1992 web series yet? 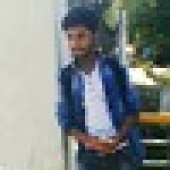 An engineering student by profession, a content/blog writer by choice. Currently working with bloggerbunny.com and has a great experience so far.